For the Love of Pizza 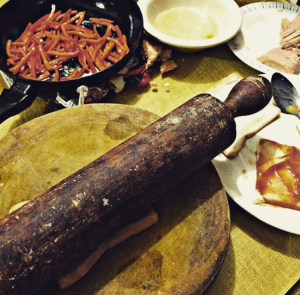 Who does not love pizza? Maybe when we are able to live to Mars, this is the one of the first thing i’d bring with me! But believe it or not some pizzas are not that made fabulous as we think. Like the pre-made frozen pizzas. I have nothing against those artificially made pizzas because let’s admit it they indeed make our lives much easier. I don’t know about you but some of those pre-made pizza pies does not really jive with my taste buds. Yes they are cheap and easy to eat but if it does not satisfy you, why would you pay for it?

I got tired of my mom buying pizza from grocery store so i had to do something. Either i will take the leap of faith experimenting stuffs (like those diy things you see on google) or i will let my tastebuds become slave of that very bad pizza! So here’s what i did..

Note: You can use ANY kind of topping you want as long as you have the panini bread for the base. You’re good.

This is how mine actually looks like. It’s not that enticing in the eyes but i guarantee you it’s delicious 😋 It takes a little bit of effort but i swear to God i would always choose this a million times over than the pre made frozen pizza. Not to mention the preservatives being used! 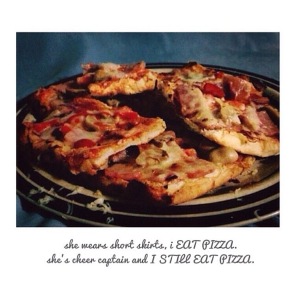 Have you tried this out? Tell me your thoughts.